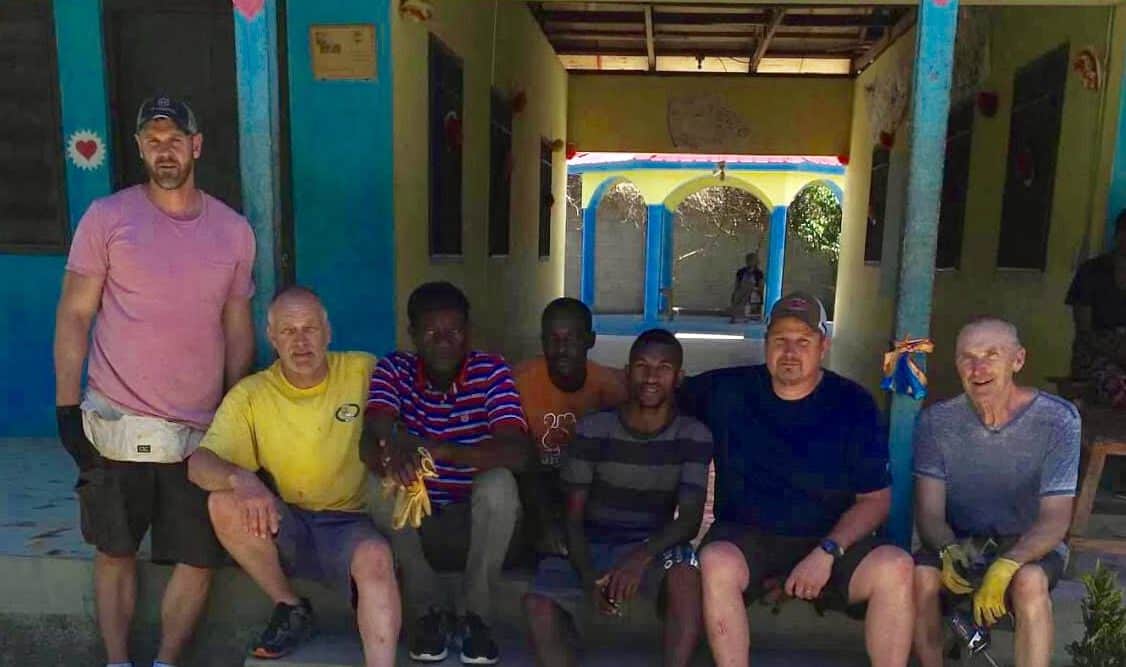 March 2018 was my first trip to Haiti and I was struck by the… third-world-ness of Cap Haitien and Caracol. I thoroughly enjoyed playing with the girls, which was the highlight of my time there. This time around, we didn’t have quite as much time to play, but I engaged a little more with the adults with whom we worked. Blemy and Alex were our Haitian construction counterparts, and Luma and Watson our interpreters.

I think my greatest enjoyment was interacting with the Haitians in Creole. I had a short conversation with the laundry lady who laughed, then said something to one of the house mums, and then they both laughed. The laundry lady also laughed hysterically when she was nearly struck by a piece of sheet metal that plummeted from the rooftop, so… not sure how I did with my pronunciation. Nonetheless, they all seemed to appreciate the attempts to converse in their native tongue.

While Chris and Glenn were engaged in trigonometry problem solving on the roof, Alex taught me fractions in Creole as we took measurements for plywood cuts. You can quiz me the next time you see me. I think I impressed Luma with my Creole when, after a seemingly endless game of tag around the compound, I collapsed at the swing set and gasped, “Mwen anvi vomi” which means “I feel nauseated”. The girls got a kick out of it anyway.

A moment that stuck with me was an incredible word of encouragement from Pastor Payot. While we all marvel at the Haitians joy, gratefulness and ingenuity despite having so little (and rightfully so), they marvel at America’s generosity with so much. God has used the abundance he has granted Americans to further his purposes in the community of Caracol and His kingdom. God is using and has used everyone that goes, all those left behind, and every dollar that is sent for His glory, and it is an incredible honor to be a part of His plan.

The event that I think has stayed with me the most was a brief farewell from Blemy. On the morning of our departure, I was pacing the schoolyard, anxious to get going, and Pastor Payot called to me on Blemy’s behalf, translating, in short, that he was glad I was there, was sorry I was leaving, and hoped I would return soon. This interaction surprised me; I don’t really know why, but it also reminded me of Jesus’ words in Luke 18:29-30:

“Truly, I say to you, there is no one who has left house or wife or brothers or parents or children, for the sake of the kingdom of God, who will not receive many times more in this time, and in the age to come eternal life.”

I think all who have visited Strong Tower would agree, at least on some level, that, because we leave our families here, and while we miss them, we gain a family in Caracol (including those from Missouri). I truly believe that one of the reasons we may find it hard leaving Haiti and re-acclimating to American life, while being reunited with spouses and children, is because we have felt the joy of, and just left, a new family that we gained.